As various countries around the world continues the fight the deadly pandemic, Coronavirus; a recent tweet from Global times, China reported that a  man has died in Yunnan province of China after testing positive to Hantavirus. The man died while on his way back to Shandong Province for work on a chartered bus. This prompted the Hantavirus to  immediately become a trend on social media following the report with people panicking that it was another COVID-19 ready to cause a new pandemic. However, unlike coronavirus, hantavirus is not airborne.

What exactly is Hantavirus

According to the Centre for Disease Control and Prevention (CDC), Hantavirus is basically a family of viruses that originate from rodents or rats. Every kind of hantavirus is specific to a category of rodent.
Health officials first identified hantavirus in an outbreak in 1993 in the “Four Corners” area of the southwestern U.S.

What is the mode of transmission

The disease is transmitted from rodent droppings, urine or their saliva. Humans get infected when they breathe the air contaminated with the virus, however, the is not contagious.

Kinds of rats that cause Hantavirus

How  Does this Virus Act on the Human Body

What is the Incubation Period for Hantavirus

Signs and Symptoms of the Hantavirus Pulmonary Syndrome

Due to the small number of  Hantavirus Pulmonary Syndrome cases, the “incubation time” is not positively known. However, on the basis of limited information, it appears that symptoms may develop between 1 and 8 weeks after exposure to fresh urine, droppings, or saliva of infected rodents.

Early Symptoms of Hantavirus Pulmonary Syndrome
Early symptoms include fatigue, fever and muscle aches, especially in the large muscle groups—thighs, hips, back, and sometimes shoulders. These symptoms are universal.

There may also be headaches, dizziness, chills, and abdominal problems, such as nausea, vomiting, diarrhea, and abdominal pain. About half of all Hantavirus Pulmonary Syndrome patients experience these symptoms.

Four to 10 days after the initial phase of illness, the late symptoms of Hantavirus Pulmonary Syndrome appear. These include coughing and shortness of breath, with the sensation of, as one survivor put it, a “…tight band around my chest and a pillow over my face” as the lungs fill with fluid.

In case of Hantavirus Pulmonary Syndrome, patients are put in intensive care and are given oxygen therapy to help them through the period of severe respiratory distress.
For Hemorrhagic Fever with Renal Syndrome, the treatment includes careful observation of patient’s fluid intake, electrolyte levels, blood pressure levels. Some might also require dialysis to correct severe fluid overload.

Some doctors have tried to use antiviral drugs, such as ribavirin, are used to treat other strains of hantavirus and associated infections. But, no large trials have proven them to work, but doctors may try in very severe cases.

Is it Possible to Prevent Hantavirus Pulmonary Syndrome

There are no vaccines available to protect against any types. The CDC recommends 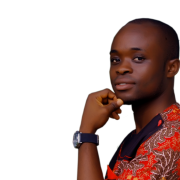 Check Also
Close
Health Advice
Facebook Twitter WhatsApp Telegram
Back to top button
Close
Just In
Close
Close
Log In
We use cookies to ensure that we give you the best experience on our website. If you continue to use this site we will assume that you are happy with it.OkPrivacy policy